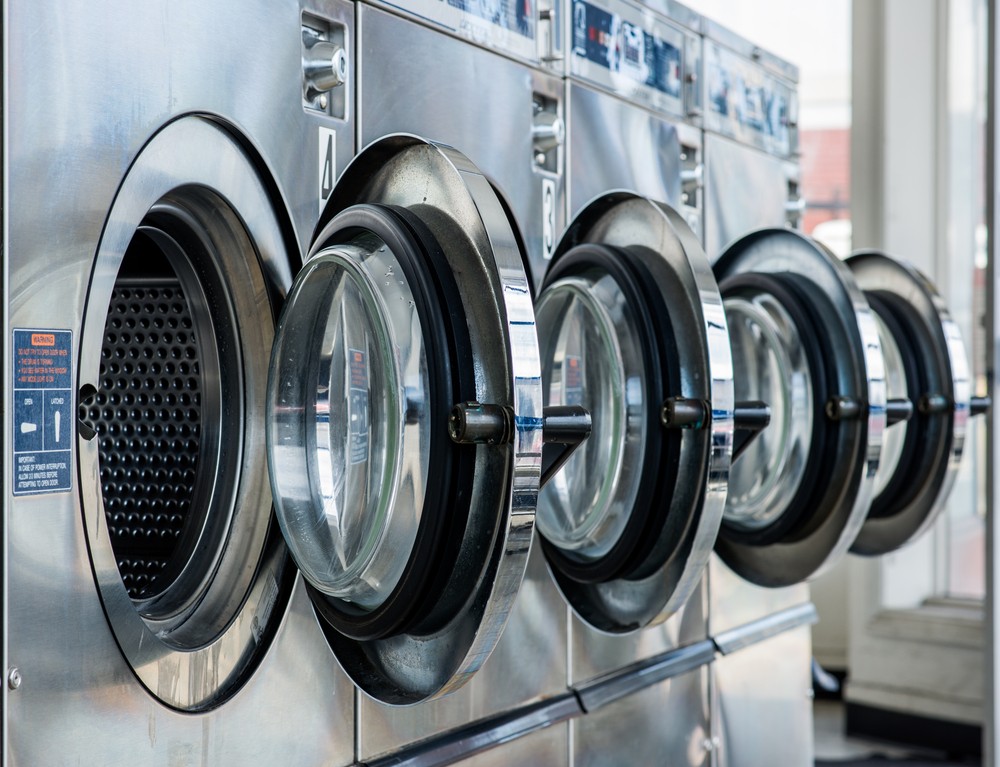 Most college kids make their way through school giving nary a thought to two little words: clean clothes. Gather them up before break, take them home, and hand them to mom and dad to wash for the next semester.

But PhD candidates at MIT are wired differently. And because three of them are wired so differently, laundry around the world may never be the same again. Specifically, it could become far more energy efficient, environmentally sound, and economical to the point of saving hotels and other commercial entities hundreds of thousand of dollars each year.

So say now-doctorate holders Sasha Huang, Chris Lai, and Alina Rwei, founders of AquaFresco, a startup company in the Boston area that has developed a “selective absorption technology” that they say is capable of filtering out the dirt from a completed load of laundry and recycling the remaining 95 percent of clean water and detergent. Moreover, this recycling process can be repeated with the same water/detergent mixture for up to six months, leading to massive monetary savings at the industrial level, and later on, for individual households.

The idea was hatched while the three were brainstorming for an annual MIT student materials science competition focusing on sustainability. “We wanted to find something relevant to everyone’s life,” says Sasha Huang, CEO of the company and an MIT doctorate holder in Materials Science and Engineering. The team looked at a number of ideas, including making a dent in the greenhouse gas problem. But their idea would have necessitated the presence of a cow–a significant source of methane on Earth. “And you can’t keep a cow on the MIT campus,” Huang says wistfully.

More brainstorming led to the laundry idea. It seemed like a natural. “We use 20 gallons of water and lots of detergent to remove just one tablespoon of dirt” from our wash loads, says Lai, CTO and a Chemical Engineering PhD. Team member Alina Rwei is Chief Scientist and is completing her PhD in Material Science and Engineering.

Still, the young researchers were not totally sure the concept was economically feasible in the real world. “At first, we weren’t sure what the market would be for this,” Huang says. So Lai took the idea to MIT’s Sloan Management School, where it was determined there indeed would be a market for such a laundry-filtering device–in fact a sizable one: an estimated $1.6 billion market for hotels alone.

AquaFresco went on to win first prize in the competition, and soon after was awarded a $50,000 prize from MassChallenge, a state program that assesses potential startups. That–and MIT’s relinquishing  of the idea’s intellectual property rights–led to the launch of AquaFresco, and the PhD trio was off and running.

The patent-pending technology uses a porous polymer composite filter to remove the “dirty component” inside laundry wastewater, but at the same time leaves the detergent behind, Huang explains. Hotels and other commercial users would connect washers to an AquaFresco filtration unit, which would filter and sanitize the wastewater. The treated water and detergent would then be pumped back into the washers for future laundry cycles for up to six months.

“The recycled soapy water is able to do future laundry rounds with only a small amount of detergent that needs to be replenished,” says Huang. “The recycled water will be monitored using an online monitoring sensor for active water quality control, achieving best cleanability of the water.”

AquaFresco currently has one unit in use with The Endicott House Hotel, and will add four to nine more in the coming year to complete trials at three pilot hotels, including the 800-room Westin Bonaventure Hotel in Los Angeles. So far, trial results have shown a 99 percent removal of waste and bacteria in the treated water, Huang says.

“When AquaFresco came to me to do a pilot, I saw it as a great step forward for our sustainability efforts,” says Michael Fitzgerald, the general manager of the Endicott House Hotel in Cambridge, MA. “Sustainability is built into the way we operate. We’ve made great strides and now get 64% of our electricity from renewable sources. Water consumption was the next thing we wanted to tackle and are excited to see Aqua Fresco help us reduce our water use.”

Should the trials go as planned, AquaFresco hopes to partner with washing machine manufacturers and go into mass production, eventually manufacturing thousands of selective absorption systems. In commercial applications, Huang and her colleagues foresee one filtration unit being able to handle recycling duties for 3-5 washing machines. When the technology branches out into individual households–she envisions this taking place by the end of 2018–each home washer will be designed to incorporate its own filtration system.

AquaFresco is currently raising $1 million to support its growth efforts on the Propel(x) investment platform, which allows investors to invest as little as $3000 in breakthrough clean technology startups like AquaFresco.

Exactly how the AquaFresco system would affect the multi-billion-dollar detergent manufacturing industry (Tide alone has done over $1 billion in sales in current 12-month period), is not totally clear, Huang says. After all, theoretically, the mass-recycling technology presents the possibility of significantly cutting into the detergent market.

The company has had some preliminary discussions with Procter and Gamble, and “they thought it was interesting,” she says. And she points out that “40 percent of the costs” for detergent manufacturers involves shipping their product and “putting it on the shelves.” Nevertheless, she concedes that she is “not sure how detergent manufacturers will respond” if her product takes off. “It might be a difficult position for them,” she says.

In the big picture, though, a system that promises such an environmental and economic sea-change in a nearly universal human practice like laundry washing might seem destined for widespread acceptance. In preliminary surveys of potential consumers, Huang says,  “By the time our trials are done, we think most people will like it.”

As the system is refined and honed over the next couple of years, AquaFresco foresees a series of patent filings and completions in the United States, China and Europe. In a world where the average American family does 8-10 loads of laundry per week, and hotels all over the world collectively do millions of loads, the future of AquaFresco might seem as bright as a crisp, king-sized sheet.