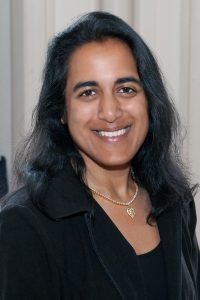 Innovation at Breakout Labs: As Edward Teller once said, “The science of today is the technology of tomorrow.” In the last decade alone, we have seen spectacular leaps in technology — leaps that have come to define the world we live in. From the advent of the Smartphone to the spread of WiFi hotspots, many of the advancements that first come to mind are in conjunction with leisurely pursuits. However, there is another side to the growing world of science and technology startups. A side which, thanks to the likes of Breakout Labs, is finally getting the exposure it deserves.

From medical experts developing drugs that fight degenerative disease, to a team of scientists harnessing the power of antimatter for space travel, the companies that  Breakout Labs supports are at the forefront of scientific research. The mission at Breakout Labs is to provide independence and opportunity for deep-science and deep-technology companies via philanthropy. And their contributions thus far have changed the game for many such companies.

Recently, Propel(x) had the chance to speak with Hemai Parthasarathy, the science director at Breakout Labs. In our interview, she discusses the Breakout Labs mission, how the funding they provides could change the world, and how Propel(x) has helped along the way.

Propel(x): Tell us about Breakout Labs.

Hemai Parthasarathy: We started Breakout Labs in November of 2011, and we did that because as part of the Thiel Foundation, we believe in the power of science and technology to improve society and to empower individuals. We have previously funded non-profit research, but increasingly felt that if we were really serious about getting science into society, we needed to help address the problem of the gap in funding between all the basic research scholars and the later stage investment opportunities. What it really comes down to is that there’s this gap in early-stage funding for hard science and technology companies. The “market” is broken, and that’s when philanthropy must step in. So we set up a program, Breakout Labs, that allows us to allocate operating dollars from the Thiel Foundation into very early stage science and technology companies – as effectors of change in society –  to help kick start them to a point where they can fully participate in the investment marketplace. It’s a hybrid grant/investment vehicle.

Propel(x): How many companies do you fund annually?

Hemai Parthasarathy: We typically fund 8 to 10 a year and $350,000 is the maximum that we can give to a company.  We have funded a total of 26 companies since we’ve begun.

Propel(x): What types of technologies or science based companies do you focus on? Do you have a particular charter that you stick to, or is it pretty broad?

Hemai Parthasarathy: Our mandate is really across all advanced technology, but we focus on atoms, not bits. I would say that the majority of our companies fall at the intersection of biology, or the life sciences, and some other technology.  Additionally, it is part of our goal to make sure that our active portfolio of companies is not directly competitive with each other because we really feel that these companies can learn a lot from each other when they are able to engage in very honest dialogue.  We want to maintain that sense of bringing together this community of visionary, hard-science entrepreneurs.

Propel(x): How do companies get involved with Breakout Labs?

Hemai Parthasarathy: We have a formal application process that’s web based. I would say that the majority of our companies really interact with us through that pre-proposal online on the web first. Our formal process is one in which we invite in full proposals based on the brief pre-proposal inquiry.  And then the companies do a detailed proposal around what their technology is and what they plan to do with it. We have that vetted by scientific experts.  Afterwards, if that diligence has panned out, we do an internal review of where they are in the business and what their plans are.

Propel(x): Once you’ve funded a company, what kinds of support do you provide your startups? 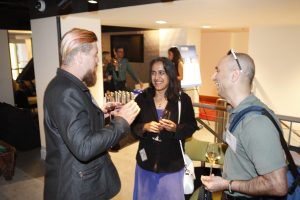 Hemai Parthasarathy: We’ve formalized our support into a two-year program.  We bring them out here twice a year – at least – for workshops and networking events.  Then we do a lot of work to really connect our companies with the folks that will come after us in terms of funding or collaborations from a corporate perspective. We take a board observer seat, which at this stage, typically means having regular status update calls to enforce a board discipline and get them ready for the stage where they will have formal board meetings.

Propel(x): What challenges are you seeing when fundraising for deep technology companies?

Hemai Parthasarathy: By design we are selecting for platform technologies.  And I would say, for them, really nailing that first application that makes sense is a challenge because there’s so much opportunity.  But they have to focus on the one thing.  And they come in with a hypothesis that we take very seriously, but that quite often changes.  Positron Dynamics, a company we funded to “harness the power of antimatter”, for example, thought at one point that their first application would be in nondestructive testing. After further research, they found their “killer app” was satellite propulsion. Nailing down a story that’s going to be compelling to the next set of investors is something we work with them on.  Typically, what happens to our companies – and that again, is partially by design – is they are raising one to two million dollars in a convertible note after or during our money, before they go on to do a Series A.  We’ve found that the visibility that we bring as Breakout Labs and the imprimatur, if you like, helps them to secure angel investors who may be really excited by the people and the idea, but don’t necessarily have the confidence to do the diligence themselves.

[Note to readers: Positron Dynamics is currently fund-raising on Propel(x). Log in to view expert diligence and all company materials.]

Hemai Parthasarathy: We love what you guys are doing.  We think it’s absolutely in the spirit of what we’re trying to do in terms of helping to fund these early stage science and technology companies.  We’ve had a few companies now that have been on your platform, and I feel like they have really benefited from the work that you do with them to present their story. I think it’s obviously a great resource for companies at the stage that we’re funding.

Propel(x): Can you describe your experience so far with Propel(x)?

Hemai Parthasarathy: Propel(x) has not only helped our companies raise angel investments, you’ve also sent great companies in our direction. C2Sense, for example, came to us directly out of a recommendation from Propel(x). They have an innovative new technology, a lot of strong IP, a lot of directions they can take it, but also have early traction with a real live customer.  I think they’re the absolute perfect example of a Breakout Labs Company.

Propel(x):  From all your experience with these deep-tech startups, what tips do you have for them when it comes to fundraising?

Hemai Parthasarathy: Well, obviously, non-dilutive capital is a great source where you can get it.  We encourage a lot of our companies to apply for things like SBIR type funds and other government funding.  But although it’s great to have those kinds of sources, it’s also very difficult to run a company based on those sources alone.  It really does require some investors that are supporting the company as a whole and not just a particular project.  In terms of attracting those investors, understanding that they want to make money, in addition to supporting a transformation or a revolution, is critical. Many of our entrepreneurs start out with pitches that simply don’t make clear how and when their investors will make their returns.

Propel(x): When these Breakout Labs companies succeed, how will society be impacted?  What kind of changes are you funding currently?

Hemai Parthasarathy: Of course, all our companies are equally revolutionary, but… we have a company that has 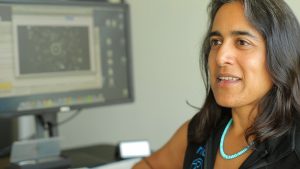 The sky’s the limit, really. We’re about empowering entrepreneurs that we can get behind, that have matched a technology to a vision that excites us.  Because technology is the force for powering society, whether you’re talking about harnessing fire or creating the internet.  In that sense, we are not like most foundations, which have focused agendas around worthy goals like curing disease.

Propel(x): One of the key questions we get is: why should people invest in these companies as opposed to the next mobile app?  What are your thoughts?

Hemai Parthasarathy: There’s a lot of places to put money.  I guess if you’re all about trying to maximize your returns, then maybe an app is the place to do it. But I think there’s a lot of money to be had in hard science innovation.  Obviously, there is a lot of money that can be lost too.  But if you’re simultaneously trying to make sure that you’re getting some returns and also creating meaningful transformation, then I think you have to look beyond the next app.