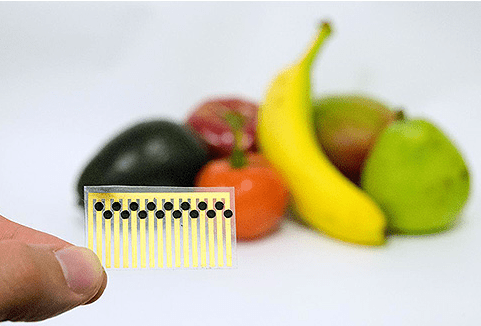 C2Sense IoT sensors just raised $3.2M to ramp up deployment of their industrial IoT sensors with proprietary gas sensing technology. The Propel(x) alumni company has proved its purported goal of safe industrial food monitoring with successful launches in the food supply chain with extensive tests in 12 countries. With a product that provides accurate, real time results, C2Sense’s digitized gas chip is the first of its kind, enabling scalable air quality management. Whether in a food facility, delivery truck, or at industrial sites, an innovation like this means higher food quality at a lower cost to improve the lives of producers and consumers. C2Sense IoT sensors may also have a significant impact on workers and animals in the supply chain that suffer from unregulated toxins in the air.

The United Nations estimates that about 1.3 billion pounds of food are lost or wasted each year.

C2Sense IoT sensors: It isn’t customary to think about the origins of our food. Even though we spend a lot of money and energy getting food to our homes, we go to the grocery store and buy what looks good without thinking about how it came to the shelf. The United Nations estimates that about 1.3 billion pounds of food are lost or wasted each year. That is the equivalent to every person on earth wasting 1 pound of food per day. Everything we waste has a high cost, making this problem not only an environmental and social issue, but economic as well. Ensuring that food is available to everyone and traded sustainably is extremely important, and will only increase in importance as the population grows. C2Sense IoT sensors guarantee food is grown and kept in ideal conditions so it will not spoil before it reaches the consumer’s hand. By increasing the quality of food, C2Sense will lower the rate of food waste worldwide. Similarly, if shoppers are presented with high quality produce, they are more likely to make healthy purchases.

C2Sense recently launched their first product. These C2Sense IoT sensors, which are being used in apple facilities all over the US and Europe, detects all invisible gases in order to maintain the apples in ideal conditions. As a result, apples spoil less and are higher quality by the time they reach consumers at the supermarket. The next application of their product will be featured in chicken houses tracking ammonia. Meaning, C2Sense IoT sensors are not only fostering animal welfare by enhancing chicken health conditions, but also improving the health conditions of workers that tend to livestock.

CEO Jan Schnorr attributes the success partly due to the immediacy of the technology. C2Sense offers users near real-time sensing results, which they can access from anywhere in the world. These rapid results have a major impact not only on food waste, but human safety as well.

“This worker safety project we are working on with DOE (Department of Energy), “ says Schnorr, “can protect people better. So in the future, they know right away if there’s something they can put on the respirator and evacuate an area. Whereas now, they didn’t really know too quickly until there was a massive problem.”

Herein lies the beauty of what C2Sense IoT sensors do. The multitudinous applications for this device set it apart from other IOT sensors, making it a market standout. The applications that address social and environmental issues are apparent. The economic benefits are vast as well. As food goes through the delivery cycle, much is lost to spoilage and waste. This leads to more expensive consumer products. However, with produce grown and transported in optimal conditions, more makes it to the shelf and your wallet benefits as a result. With early estimates indicating that this technology could save the food industry billions of dollars per year, C2Sense has nowhere to go but up.

The funding from their most recent round is now being used to deliver the product to the customer. The first customers just received the initial 300 testing systems, and over the next 18 months, the company plans to gain more customer traction in the chicken industry, placing as many products as possible in the customers’ hands so that they can begin to reap its benefits. With a wide range of dynamic applications, and products already being put to good use, C2Sense IoT sensors are a prime example of the deep tech dealflow that Propel(x) features so investors can fund technologies that matter, or in this case, have the potential to improve billions of lives.