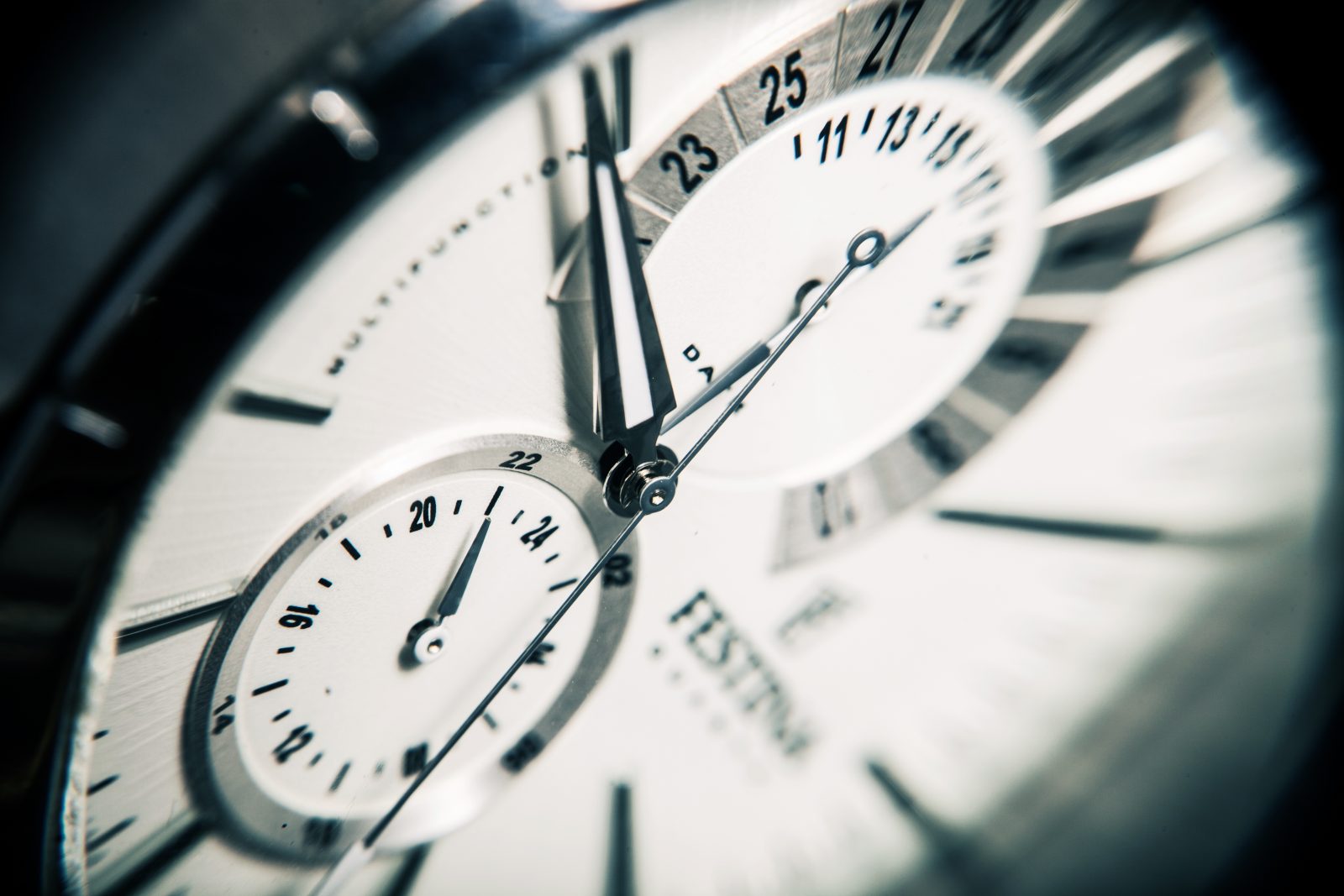 Sensulin Profile: For a person with type one diabetes, the day runs on insulin time. Their morning begins with a quick dose and a finger prick. Throughout the day, the number of shots only increases–typically four to eight insulin injections and six to ten finger pricks. This is the daunting reality of life with diabetes. However, Sensulin Profile is endeavoring to change this dynamic with a new type of insulin alternative that could dramatically reduce the need for standard insulin injections.

Sensulin Profile: Designed to mimic a healthy human pancreas, the Sensulin technology cuts down on the number of times insulin is required throughout the day. With this advancement, the lives of diabetics stand to be substantially improved.

Sensulin Profile: We had a chance to speak with the co-founder and CEO of Sensulin, Mike Moradi, about the exciting implications of this technology – Sensulin Profile, and how Propel(x) has helped along the way.

Propel(x): Tell us a bit about the Sensulin Profile and what it does.

MM: We’re developing a next generation insulin alternative for type 1 and type 2 diabetes. It’s basically what we call glucose responsive insulin, which means that the body needs different amounts of insulin throughout the day whether you’re a healthy person or person with diabetes. That tends to fluctuate depending on how much you eat, how stressed you are, how much you exercise, and a variety of other factors. But the biggest one is, you’ll need more insulin at meal time. A type 1 patient typically starts out their day with a basal insulin, which is a slow drip, 24-hour insulin. But that’s not enough to meet the demands after a meal or snack. They’re typically walking around with an insulin pen where they’ll dial in a dose, give themselves an injection–sometimes four to six times per day.

So with the Sensulin Profile technology that we’re developing, we would be able to get rid of the four to eight injections a day in lieu of one does taken with breakfast.

Propel(x): Where are you in the development process?

MM: We are in the process of finalizing our lead candidates for human clinical trial, and the company’s goal is to complete that first human study by the end of 2017. From there it’s going to take another two or three years, thereafter to get through phase two and phase three we should have something commercially available in 2020 at the earliest. Realistically in the diabetes field, phase three studies are so massive and so expensive, that we’ll likely end up with a partner who’s willing to continue the development thereafter, and ultimately, of course, sell the drug commercially, should we succeed.

Prope(x): What’s the makeup of your team?

MM:  Officially there are 20 or so people who are involved, but zero employees. We have  essentially outsourced everything functionally, so there are seven scientists that are working on the program as part of  a contract research organization, or CRO.  e-Sensulin was built to try to leverage this incredible array of talent that has been leaving big pharma for the last 30 years. I think I read something like 350,000 people have left these firms and, whereas 20 years ago you would have to build a fully integrated pharmaceutical company before you could really do anything, but now, much like the technology sector, one can effectively outsource most of the development and that’s basically what we’ve done.

Propel(x): Help me understand how what Sensulin is doing is a leap vis-a-vis the current state of the art.

MM: Sure, let’s look at it from the patient’s perspective first. If you’re a type 1 patient, dealing with four to eight injections, and six to ten finger pokes, compared to one injection and maybe a couple of finger sticks per day, the difference is pretty dramatic. I think it’s, at a minimum, a very big improvement in quality of life. Then from the physician’s perspective, they  will be most excited about the fact that we help keep patients out of the emergency room.

In the long term basis, by having tighter control of blood sugar, we think we can help diabetics avoid hyperglycemia, or a blood sugar spike. That basically helps patients avoid the long term complications of the disease; such as glaucoma, kidney disease, other types of vascular disease, all of the things that people associate with diabetes.

Propel(x):  I understand that you’ve recently closed a round of funding. Can you walk me through that funding process?

MM: We basically have raised the capital necessary to fund the development of Sensulin through candidate selection. And if meet that milestone, then we will have the money necessary to do the first human studies as well. The Propel(x) platform was instrumental in helping us with our funding, with one investor representing  about 33% of the capital we raised.

Propel(x): In terms of fund raising, did you face certain challenges as a biopharma startup?

MM: Yes.  When you’re trying to do something that’s difficult, whether it’s building a biotech  or nanotech company or something in advanced energy, then you’re probably going to need a lot more money than somebody trying to build a new app. I think at a minimum just the types of investors you would target would be very different and therefore it’s nice to have a platform where one can at least find angels who are familiar with these things and, in a couple of cases, have some pretty significant backgrounds in building new types of companies themselves. So I would say that just the fact that we could get in front of groups like that was immensely helpful and direct result of our involvement with the Propel(x) platform.

Propel(x): Were there any particular reasons you decided to use a platform like Propel(x)?

MM: In my case, I tend to travel to the large biotech hubs quite often – meaning New York, Boston, San Diego, and San Francisco. The Propel(x) platform helped us, particularly in the Bay Area where you have the single largest source of capital, get in front of the right people in that geography, which is really difficult to do remotely. I’d say that targeting capability was immensely helpful.

But even beyond that, one of our new institutional investors – who was introduced to us by the Propel(x) – is actually outside of the United States. And there’s just no way we could have ever connected with that group without the help of Propel(x). The reason we tried Propel(x) was because I thought that this is the future of angel investment, and I wanted to at least try it and better understand the mechanism.

Propel(x): Did you use any other platforms in your process?

MM: We did. We ended up raising small amounts of capital from a couple of other healthcare associated platforms. But in terms of the volume we’re talking pennies to the dollar compared to what we raised off of Propel(x).

Propel(x): What tips do you have for other deep tech startups when it comes to fundraising?

MM:  Most of this type of fund raising is very momentum driven. You almost have to have that lead investor – that crucial first check – somebody who’s willing to write a significant amount of the capital requirement and go first, as a way of corralling interest from others. And in our case that happened to be – at least initially – from our chairman, who was sort of our first and largest investor. Once you have that in place it becomes a lot easier to get the next five or ten checks. So momentum is key.

A lot of it boils down to team and product market fit. You might have a great idea, but if there is not an unmet medical need for it then you won’t have the market demand. Maybe that’s kind of a second prerequisite for being able to raise money quickly. Additionally, you have to be able to tell a good story safely. Investors tend to gravitate towards those companies who can best articulate the opportunity and why it matters. These are all things that are very difficult to do remotely, but I would say the Propel(x) platform helps you tell the story and you just have to give a lot of thought to what tools you’re using.

Propel(x): 20 years from now, Sensulin is a huge success. How has society been impacted because of that success?

MM: That’s a good question. Thinking in terms of the United States, where only one in three people is at a healthy weight, we are facing a crisis of massive proportion as a result of diabetes. If we do this right, I hope insulin becomes obsolete because a cure comes along for type 1, and a cure comes along for type 2 diabetes, and there’s really essentially no market for insulin at that point.
But I guess as a company CEO of course, we would have long since exited, and hopefully the drug was partnered and made fascinating amounts of capital for our partners, at least before the patent life ran out. That remains my hope. I hope for a cure for diabetes, and with my own personal history with the disease, I think I’m going to spend the next several decades of my life trying to find other therapeutics that could make a dent in this awful disease. And hopefully, if this thing succeeds in a big way, I’ll be another frequent investor on your platform.