Last year, the Apple Watch began its transformation from a consumer product to a medical one. In November, the FDA announced the approval of the first medical Apple Watch accessory, AliveCor’s KardiaBand. The novel medical technology leverages the Apple Watch’s heart rate monitoring technology and combines it with an additional sensor to provide EKG readings in under a minute. According to their press release, this data gives consumers much-needed information about their heart health and the ability to forward that data to their doctors for further analysis. 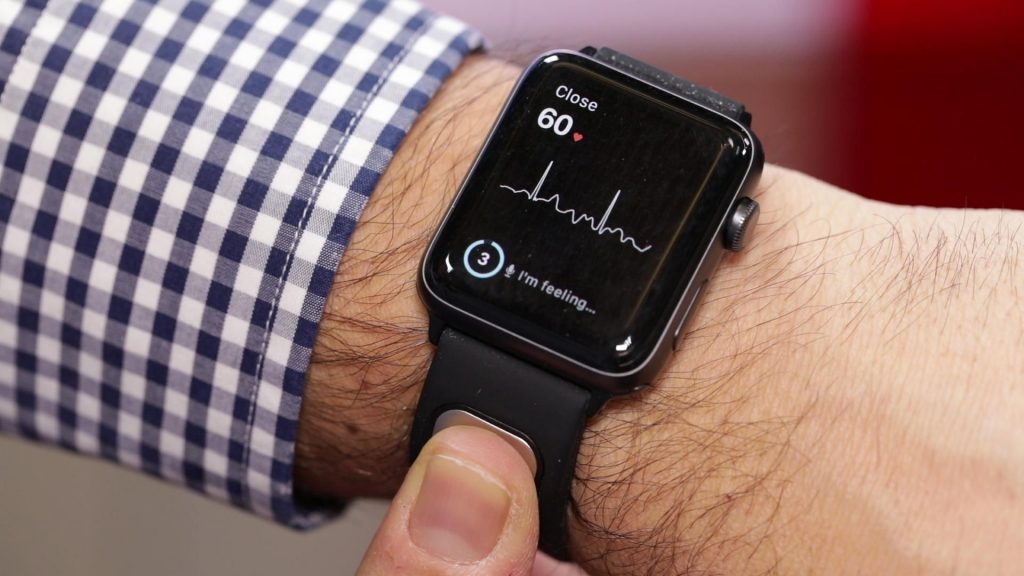 The KardiaBand is just one example of a drive to use medical technology to disrupt an industry that has yet to fully capitalize on the digital revolution. As healthcare costs continue to skyrocket, the industry needs more efficient, efficacious, and affordable ways to provide high-quality, error-free care.

How Much Do We Spend on Healthcare?

According to the US government, in 2016, Americans spent $3.3 trillion on healthcare, about 18% of GDP. Though the US is notorious for its high healthcare costs, other developed countries are experiencing rising costs as well. The last decade has seen Japan’s healthcare costs increase about ¥10 trillion ($94.3 billion).

Zeke Emanuel, an oncologist and medical ethicist who worked on the Affordable Care Act, cites many reasons for rising medical costs. Among them is wasteful spending on unnecessary tests and services, which he estimates costs $200 billion a year. Eliminating a fraction of this sum is a huge opportunity for entrepreneurs in this space.

As consumers become more accustomed to internet-enabled devices such as smart watches, IoT appliances, and in-home assistants like Amazon’s Alexa, it won’t be long before they start to expect similar medical technologies from the healthcare industry. Current medical innovations include telemedicine (Skyping your doctor), mobile apps, and leveraging artificial intelligence to streamline diagnostics. But those are just the beginning.

As is common in such digital transformations, the space is crowded with both new innovators and established firms. In the case of the latter, a reduction in overall healthcare spending will have a big impact on their bottom line. Up and down the value chain, there are almost endless opportunities for greater efficiency. One example: as medicine becomes increasingly data-driven, fewer tests and less prescription experimentation will be required to accurately diagnose and treat illness. Another example: as diagnostic equipment becomes more compact, hospitals will start to lose their monopoly on a panoply of services.

Most data scientists define artificial intelligence as the ability of algorithms to process vast sets of data, recognize patterns within that data, and make decisions based on those discoveries.

Specifically, we’ve been seeing lots of artificial intelligence applications come from the diagnostic side of healthcare. Last year, a Radiology study found that artificial intelligence could diagnose tuberculosis. First, a deep neural network (DNN) was “trained” by showing it a series of TB-positive and TB-negative x-rays, then the system was shown a new series of x-rays and asked to make a diagnosis. Overall, the system correctly identified TB-positive and negative x-rays 96% of the time.

Just last month, DeepMind, a Google subsidiary, reported similarly fascinating results when it announced it could leverage AI to detect certain eye diseases. The London-based company will soon partner with the UK’s National Institute of Health to conduct further trials to validate its findings.

For us, the DeepMind and NIH partnership (not to mention all the additional studies that will come of their collaboration) encapsulates at least one of the challenges that come with innovating in this industry: each discovery has regulatory hurdles to overcome before it will become available in the marketplace. 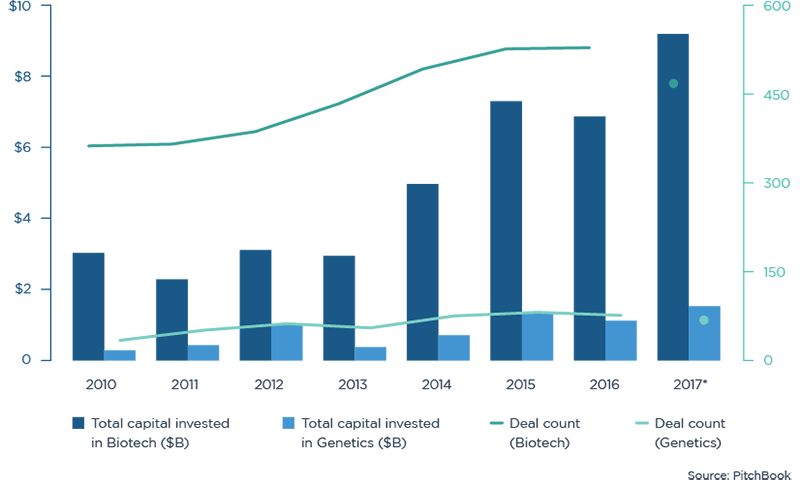 2017 was a record year for VC funding in biotech, genetics. Source: PitchBook

Amid the rising tide of excitement and opportunity in this rapidly-changing industry, the biggest winners from a potential medical technology transformation will be the patients who receive better care and those who will avoid becoming patients at all.