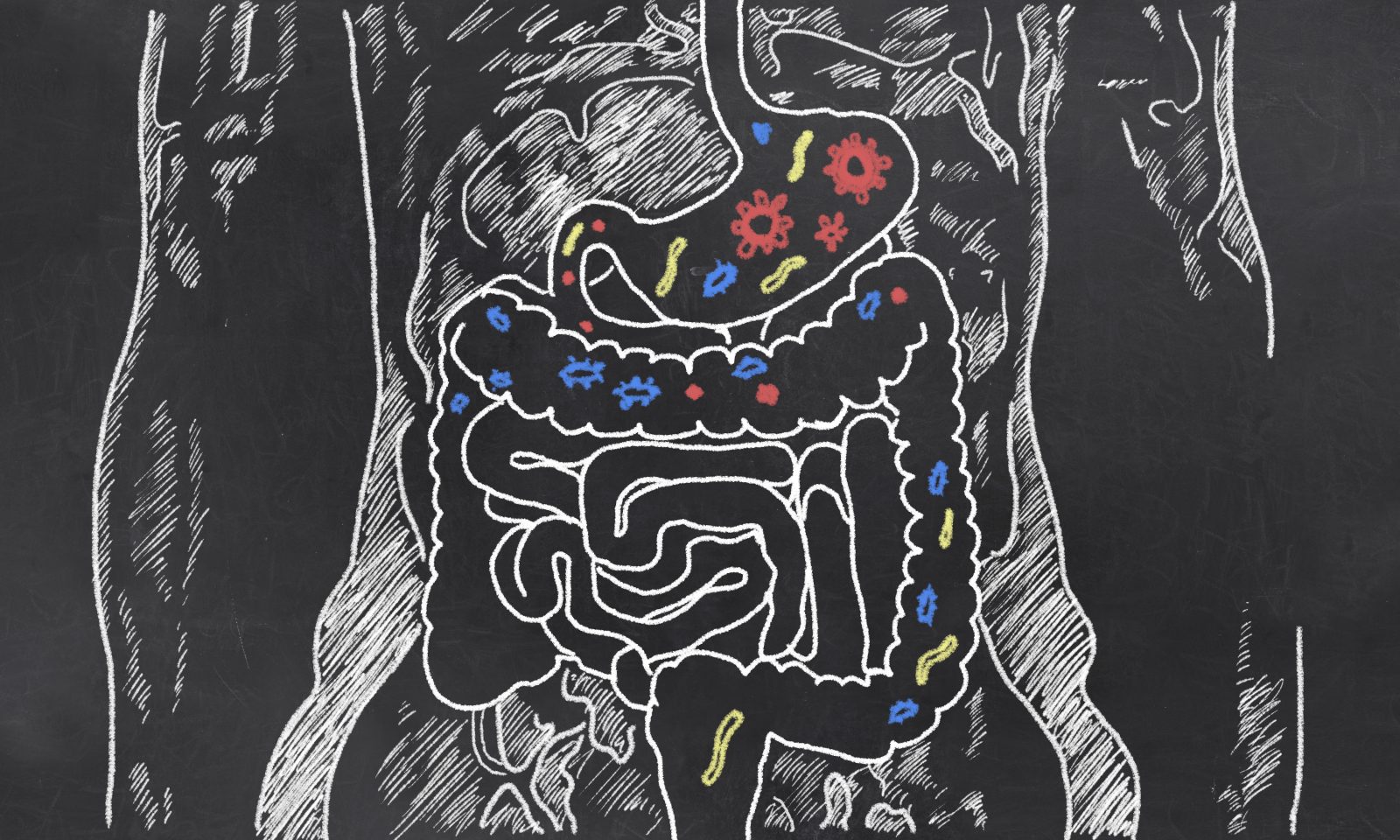 When Steve Axelrod was earning his Ph.D. in particle physics from Yale and his post-doc from Stanford, he thought he might spend his professional life probing the secrets of the cosmos, the beginnings of the Big Bang and the mysteries of the Higgs boson, a seminal component of physics theory.

The last thing on his mind was exploring the bowels of the, well, bowel.

“I did not think of that when I was smashing quarks together,” chuckles Axelrod, who now stands on the precipice of taking physics where it has seldom gone before: the stomach, the small intestine and the colon.

As CEO of G-Tech Medical in Mountain View, Ca., Axelrod is spearheading the development of a technology he invented to troubleshoot the human gastrointestinal system. The device, the GutCheck Patch, is a thin, flexible unobtrusive patch (like a smart Band-Aid) worn on the skin that measures electrical activity in the GI system.

This might sound like merely a welcome advance in diagnosing the gastrointestinal tract, but, Axelrod and others say, it is a “transformative” development in assessing and treating the millions of people doctors see each year for Irritable Bowel Disease (IBS) and myriad other GI-related ailments. Using data analysis principles similar to those of particle physics to build a comprehensive picture of what’s going on in the human gut simply “has never been done before,” he says.

Axelrod and his team have begun two-year clinical trials of the patch at Stanford University Hospital and El Camino Hospital in Mountain View, CA. The studies are in their early stages, but by the end, Axelrod expects to have collected many billions of data points on some 200 patients who have undergone major abdominal surgery.

In the trials, each patient wears three patches on the abdomen — recording signals from the stomach, small intestine and colon. The researchers are looking for measurable patterns in patients who develop an ileus — a temporary, uncomfortable, “paralysis” of the GI system that strikes anywhere from 5 to 50% of post-operative patients, depending on the surgery. “Post-op ileus is a common problem following abdominal surgery that can cause abdominal pain, nausea, vomiting and other problems in patients,” says Axelrod. “It extends their hospital stays and adds thousands of dollars of cost to their care, while increasing the risk of readmission.”

The trial will compare those results to patients who have a normal return of GI activity following surgery. The data — transmitted to a smart phone for collection and further transmitted to a cloud database — could enable a physician to predict who might develop ileus, and then administer the appropriate treatment.

“The GutCheck system’s ability to monitor stomach and intestinal motor activity continuously and non-invasively could help physicians detect the onset of ileus at an early stage and help minimize [its] highly undesirable effects,” says Axelrod. It also could help minimize the financial costs. There are about 4.5 million abdominal surgeries each year in the United States, and Axelrod quotes the medical literature as reporting a typical post-operative ileus lasts four to five days and runs up a medical bill of $9,000-$10,000. Early detection and treatment could put a sizable dent in that figure.

In separate, planned trials, the G-Tech researchers will use the GutCheck Patch to measure electrical signals with non-hospital patients suffering from symptoms of IBS or exhibiting abdominal pain. They will compare the data to those of people suffering no such symptoms.

Axelrod and his colleagues believe these comprehensive, 3-day measurements will enable physicians to determine who has IBS and who does not, in many cases avoiding repeated, expensive, often unnecessary, tests such as colonoscopies, endoscopies and CT scans. “This would be a lot cheaper than colonoscopies and would pinpoint the problem much more quickly,” Axelrod says.

The G-Tech team already has reported, in a proof-of-concept study, that it is possible to measure electric signals from the digestive system non-invasively.

Dr. George Triadafilopoulos, Clinical Professor of Medicine, Division of Gastroenterology and Hepatology at Stanford University School of Medicine, says, “The concept is monumental in its impact. The potential use for a wearable patch that can acquire data for several days and link events in a patient’s life to particular abnormalities in electrical patterns from the gastrointestinal tract is immense for patients and clinicians.”

Axelrod, who joined G-Tech as CEO in 2011, draws the parallel to his earlier, extensive work in data acquisition in industry as well as medicine. This includes creating and utilizing nuclear sensors for measuring electrical signals in various industries such as paper production. He also likens it to an EKG, dubbing the G-Patch an “EKG of the gut.” But while EKGs measure the “big, strong” electrical signals generated by the heart muscle, he says, the G-Patch tracks much smaller signals in the gut. “No one previously has been able to separate out those small signals from [background] noise,” he says.

Finding out exactly when these outputs occur, how strong they are and how rhythmic they are will reveal patterns that will help guide physicians in tailoring the medication and feeding schedules to each patient. Until now, Axelrod says, hospitals have gathered much post-op information by asking patients to describe their conditions verbally: for example, how often they have a bowel movement and when they have pain.

This patient-reported information gathering simply “is not reliable nor accurate,” Axelrod says. He believes his electronic system eventually will “get people out of hospitals faster. Our system will help pinpoint what organs are causing their symptoms and help target treatments sooner.”

Working with biomedical engineer Anand Navalgund, Axelrod says he expects to get his product to market 24–30 months following Series A investment and then “ramp up” production during the two or so years after that. G-Tech is currently raising $1.5 million dollars to support its growth efforts on the Propel(x) investment platform, which allows investors to invest as little as $3000 in leading science and technology startups like G-Tech.

Including use of the GutCheck system in the hospital Intensive Care Unit (ICU) for patients on enteral feeding as well as abdominal and related surgeries totaling 10M annually, the total available market in the US alone is $2.8B, based on a GutCheck kit price under $500.

For Axelrod, GutCheck is the latest step in the evolution of a career that has taken some eclectic turns. He worked at Measurex-Honeywell for 15 years, where he was Director of Measurement System and Hardware Engineering. In 2003 he entered the medical device field, where his accomplishments have included skin and vaginal applicators for radiation therapy and high-precision measurement systems for characterizing and testing system and device performance.

But the particle physicist-turned-gut guru says his motivation for his current work goes considerably deeper than meets the eye. His daughter has Crohn’s Disease, a chronic inflammatory condition in the intestines; his mother died of colon cancer; and his sister is a colon cancer survivor. “I have a very personal connection to my research,” he says.

“When I got into medical devices, I began to feel I was doing something meaningful.” He now realizes, he says, that his discoveries could “affect my daughter.”