Gene Therapy Technology: If you look-up almost any article on gene therapy technology, two things stand out. The first is just how recently genetic therapy has come to market and the second is how jaw-droppingly expensive the treatments are. The cost of treatment so seems to stun journalists that the price tag itself becomes part of the story.

Case in point: last August, in a story about the first ever FDA-approved gene therapy treatment (for Leukemia), the New York Times included the $475,000 price tag in its headline. In October, Reuters repeated the convention in their story about a $373,000 Lymphoma treatment. In January, the Washington Post followed suit reporting on an $850,000 treatment for retinal dystrophy.

You cannot, it seems, talk about gene therapy technology without talking about costs.

In fact, genetic therapy’s price tag seems to be the fastest way into many of these stories with articles openly considering whether one-million-dollar miracle treatments may or may not be outrageous. Goldman Sachs analysts have even wondered in a released report whether curing patients is a sustainable business model. — They concluded it wasn’t.

Despite the fact that the new genetic therapy is expensive, if it works as expected, it’ll likely save the healthcare system money over time in reduced hospitalizations, deaths, etc.

For insurers charged with evaluating whether to fund such treatments, the issue isn’t whether they are too expensive but whether they are permanent. See, in order for a drug to come to market, it has to demonstrate efficacy for a certain amount of time — though not necessarily forever. Even as experts see genetic therapy as a yellow brick road of cures, insurers counter that the only mechanism to truly establish whether something is a cure is time.

Nonetheless, the medical technology seems to finally be having its moment. Thanks in part to the recent discovery of CRISPR and advances in artificial intelligence, gene therapy technology may forever alter the way humans treat and prevent disease.

So far, a variety of explorations into genetic therapy and gene therapy steps have yielded promising results. The University of Utah has curated a great list of gene therapy successes. They report several promising therapies for diseases that include:

What is Gene Therapy?

Gene Therapy Technology: According to Achars, genetic therapy is “a novel approach to treat, cure, or ultimately prevent disease by changing the expression of a person’s genes.” Genetic disorders are typically the result of proteins not being made correctly — or not being made at all. Gene therapy steps work by deactivating, repairing, or replacing dysfunctional genes through gene transfer therapy so that they, well, function. Much like a programmer might alter a few lines of buggy computer code, scientists hope to one day be able to go into our DNA and tweak it, sequence by sequence.

For this to happen, however, researchers must (a) develop methods for delivering genetic therapy and gene transfer therapy and (b) deepen their understanding of our genetic code, gene therapy technology and viral vector gene therapy. Right now, researchers are particularly interested in how genes relate to disease expression. For diseases believed to be caused by a single gene, this process is fairly straightforward. Already, scientists have identified some 10,000 diseases that fall into this category.

Thankfully, artificial intelligence may save the day.

Gene Therapy Steps & AI: As we’ve previously mentioned, one of the things that artificial intelligence is great at is identifying patterns. Computers have an exponential ability to mine billions of data points and draw conclusions. In this way, artificial intelligence is a bit like Neo who after years of seeing the world, finally sees the Matrix. (No spoilers but Neo is like AI for other reasons too.)

When it comes to cracking the genetic code, artificial intelligence can profoundly accelerate efforts.

Case in point: ATUM, one of the first US companies to enfold artificial intelligence into their biotech offerings, recently leveraged AI to make frog transposon 300 times more efficient at introducing genes into mammalian cells. As the article explains, a transposon is a “DNA sequence that can change its position within a genome, creating or reversing mutations and altering the cell’s genetic identity.” In other words, AI helped ATUM refine its methods for altering genetic code using frog transposon as a delivery mechanism.

Another example: one of the most groundbreaking innovations in genomic medicine is CRISPR-Cas9, a gene editing tool which Radiolab recently described as a “ninja-assassin-meets-DNA-editing tool”.

This year, several studies will kick off in the US and in Europe to investigate the power of this tool to modify our genes. However, an incorrect genetic snip here or there can lead to adverse—and in some cases, unforeseen—side effects. To improve the accuracy of CRISPR editing, Microsoft has recently released a free tool called Elevation that uses AI and genomic data to help scientists anticipate and avoid such negative outcomes.

Viral Vector Gene Therapy: For our part, Propel(x) has worked with several gene therapy companies to help them raise the necessary capital for further development of their biotechnology. To date, these companies have raised over $6 million on our platform.

San Francisco-based startup Ligandal is among them. The company is working on the delivery conundrum mentioned earlier: how to get gene therapies or gene transfer therapy to go to the parts of the cell that most require it. They are currently developing nanotechnologies that sends CRISPR-like interventions “exactly where they need to go.” Speaking at the Cavendish Health Impact Forum in February, founder and CEO Andre Watson asked the audience of health and science leaders, “What good would Amazon be without shipping?”

Another Propel(x) company, Haystack Sciences, is developing a series of biotechnologies that leverage synthetic chemistry, Darwinian evolution, and machine learning to facilitate and accelerate the drug discovery process. By making it easier for labs to identify new pharmaceuticals, Haystack Sciences hopes to streamline the drug-discovery process and save money. Also based in San Francisco, the company is currently in stealth-mode with their super-secret one-page website. 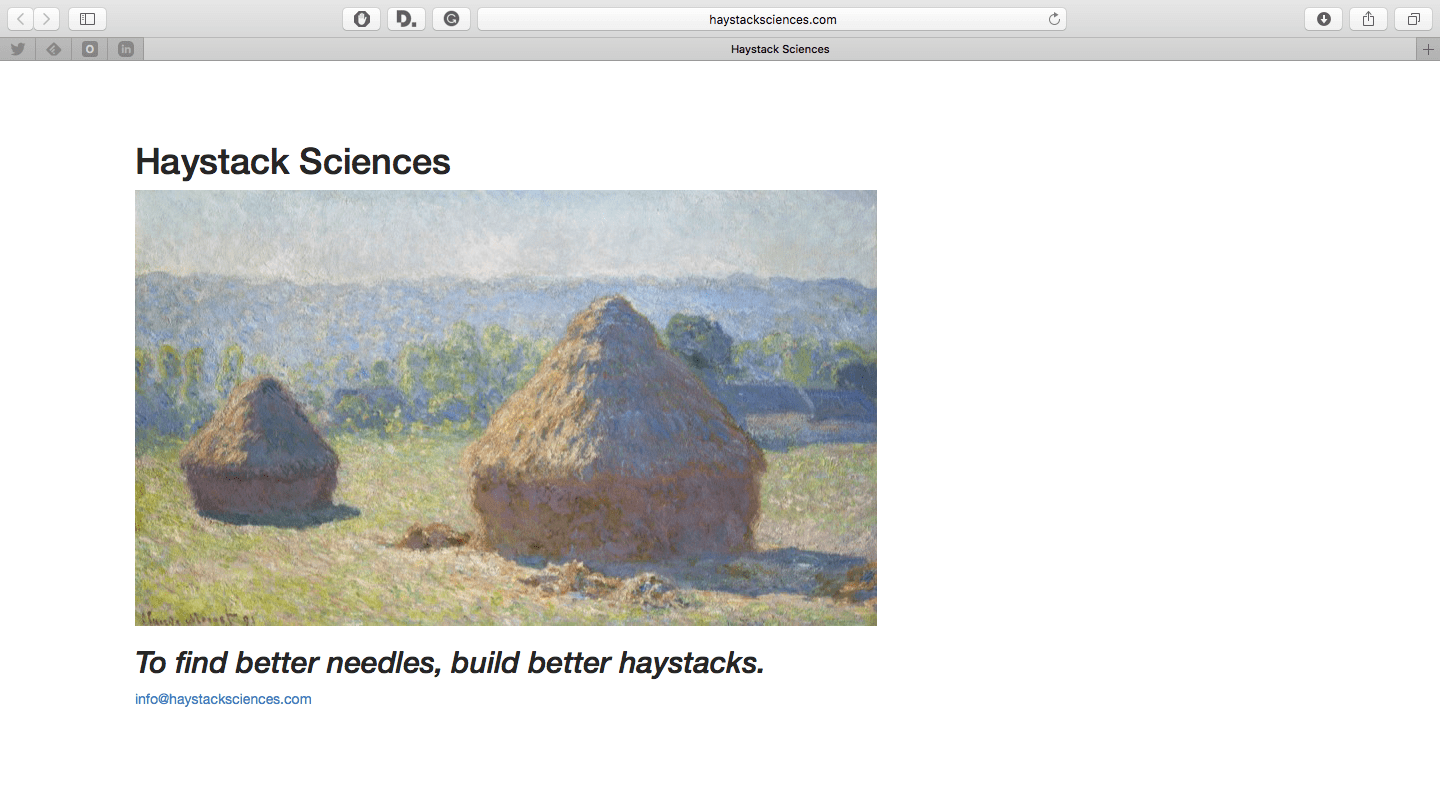 GeneTherapy Technology: In a recent analysis, Market Reports Center (MRC) surfaced many data points, which highlight the exciting opportunity represented by genetic therapy. Presently, there are 2,200 related clinical trials underway, with 55% of them taking place in the US. Additionally, the FDA recently, officially fast-tracked its approval process for genetic therapies and gene transfer therapy, which means that more treatments should soon come to market.

As research in this space continues to accelerate with many, many different treatments rolling off of the medical production line, the biggest winners from a gene therapy revolution will, of course, be the patients who may enjoy a healthier, longer life.

Want to start your own investment journey?

The Propel(x) platform makes it easy to find new science-based startups and shop for investment opportunities. We have the tools you need to make informed decisions and discover fascinating technologies, industries, and innovations. If you’re new to the process, you can learn more with our angel investing guides.

Articles or information from third party sources outside of this domain may discuss Propel(x) or relate to information contained herein, but Propel(x) does not approve and is not responsible for such content. Hyperlinks  to third-party sites, or reproduction of third-party content, do not constitute an approval or endorsement by Propel(x) of the linked or reproduced content.