One of our key missions at Propel(x) is to demystify complex scientific and technological breakthroughs for potential investors.  This is made possible thanks to our committed network of experts and industry thought leaders. To put faces to names, we’re launching a new interview series focused on profiling our experts.

First up is Dr. John Rawls, Ph.D. and serial startup board advisor. John has participated in multiple evaluations on Propel(x) in addition to serving as a board advisor for several other companies featured on our site. In his interview, he shares with us some of his proudest achievements as well as deep-technology breakthroughs he’s most excited about.

Propel(x): We know that you’ve had a very long and illustrious career in academia and industry. What are some of your fondest memories and proudest achievements?

John:  Rather than coming up with great ideas of my own, the most important things I have accomplished were leading multidisciplinary teams to complete something that was quite challenging. First of these was to conceive of a magnetic fusion device that would be useful to the search for fusion power. That was built and has been running for 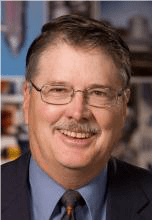 the last 30 years; it gets about $70 million a year in funding. Second was starting a program that is now replacing the way airplanes are launched from aircraft carriers. Third was developing all-weather sensors that are now widely deployed on unmanned air vehicles.

I enjoy running a business and trying to bring together elements to have a successful outcome. The focus of one such business was providing equipment to measure radiation in safety-critical parts of nuclear power plants; we were the dominant supplier of that equipment in the U.S. Those are probably the highlights. I’m engaged now in some new, technically very interesting ideas for nuclear fission to try to make plants that are more cost competitive and make better use of the limited natural resources of fissionable material.

Propel(x): You currently serve on the board of several deep technology startups. How did you get involved?

John: Somebody was looking for a board member, and I was recommended; this spread to others via word of mouth. And I’ve learned a few things from doing that. I enjoy being part of a startup enterprise when I really trust the people in charge and when they are open to input on how to run the business (as opposed to just helping raise capital!).

I like to have something to do with the ideas that they’re conceiving – what I look for is a technical idea, preferably with good intellectual property protection, that can be put to use in some way to the benefit of society. Right now, that’s the kind of company I’m interested in.

Propel(x):  What would you say are some of the biggest mistakes that you see young entrepreneurs making, and what advice would you give them?

John: I’d advise them to be very open to external input. To really listen to people who have worked up the courage to give them advice. Most advice from senior mentors is based on their having faced similar situations and making their own mistakes.

I do see some people who start their company with a business plan that’s immutable. I’d say the majority of successful businesses only get over the hump after one or more pivots involving fundamental changes in direction. And if the founders aren’t agile enough to be able to recognize what pivots are appropriate and which people can give them sensible advice on that, then they’re likely to lose their opportunity to move forward.

I have also seen several entrepreneurs who are so confident in their ability to raise money that they let the bank account get down to zero before they start looking for more money, in which case nervous employees start walking out the door. Even if the company is run by a technical genius, you also need to have runway that’s ample to keep the staff and suppliers happy while preparing for the next step.

Propel(x): You’ve participated in several evaluations on our platform: Autonomous Marine Systems, Seatrec, just to name a few.  Do you feel that the questions are probing enough to assess whether a startup is great or not?

John: I think they’re very good questions. The only question I have had a problem with is the size of the market. In addressing this question, an entrepreneur in the UAV business will probably quote the size of the entire UAV market, even if what they are offering is a low-cost gadget that goes on only a fraction of UAVs. That answer does not give a prospective investor a good idea of the size of the market that this business is going after.

Propel(x): What do you see as the most exciting innovations that are taking place in the fields you have been involved in?

John: I think energy storage is a big deal. One of the core problems we’re facing today is: how do you deal with the big changes in the energy market that are coming and mitigate the limitations of the grid to deliver electricity in a way that’s suitable for the customers’ needs?

There’s a business area that utilizes energy storage to allow companies with large electrical loads to shift their electrical bills from high cost throughout the day to low cost throughout the day. That is a very interesting market. Most players in this field focus on electrical energy storage using batteries, but Axiom Exergy’s strategy is a particularly attractive alternative. I was their first investor. They’re doing thermodynamic (heat, or in this case, cold) storage to help companies deal with large refrigeration loads – it appears to be better than electrical energy storage in every respect for these types of applications. And they’re starting to get buy-in from a number of substantial customers.

I’m also interested in the artificial intelligence/cyber security/big data field. Omny IQ, a company that’s been featured on your site, has developed software that improves the quality of service and security for routers and other computer equipment. They take equipment that today is looked at one unit at a time and deal with the full worldwide array in a big data sense. This looks to be extremely useful for the manufacturers to figure out what’s going on and how their units are performing in the field. It is also a more constructive way to deal with cyber security issues involved with this type of equipment. Big-name suppliers are taking notice.

DynaOptics is another interesting company. It is offering a transformative solution for compact optics. For 400 years, optical instruments were made using the same basic notions that Galileo imposed: using precisely machined glass in a circularly symmetric form. In recent years, glass has been replaced by plastic to make mass produced cell phone cameras. DynaOptics has the intellectual property and the knowhow to replace circularly symmetric lenses with more general shapes, so-called free-form lenses. With these more complex surface shapes, you can accomplish the same optical functions in smaller packages, which is extremely important for the cell phone lenses and also for security cameras.

Propel(x):  Under the current administration and new funding constraints for early-stage startups, do you foresee bigger corporations leading the way for future innovation?

John:  I think people with good ideas and good powers of persuasion can succeed independently of the government, whether they are in big companies or startups. Backers will find their way to those individuals. One concern with the new administration is their intention to reduce government-supported R&D. If future budgets follow that path, then companies that are co-dependent on government support (true of many drug- development startups) will face tougher sledding.

Hyperlinks to third-party sites, or reproduction of third-party content, do not constitute an approval or endorsement by Propelx or NCPS of the linked or reproduced content.