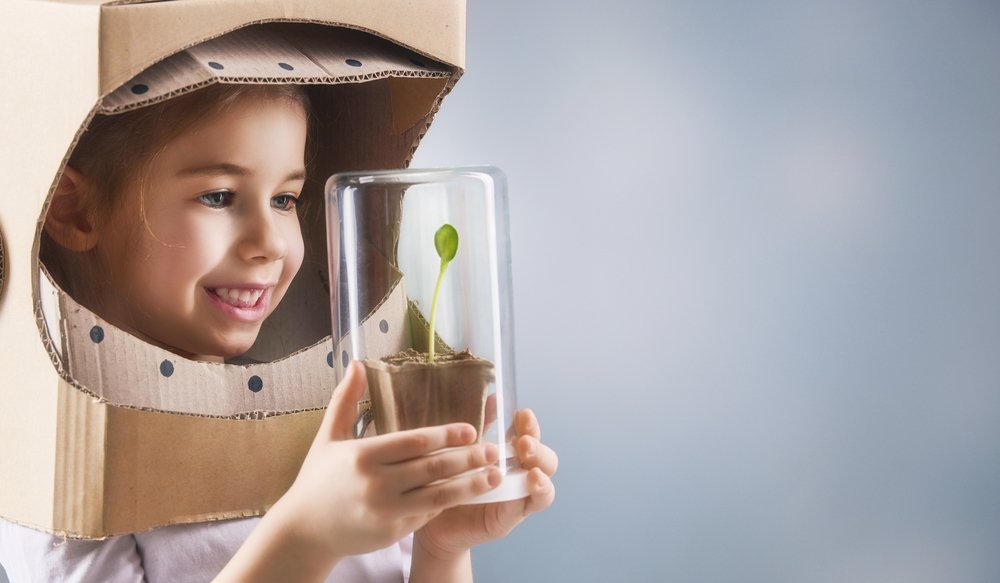 Conrad Foundation: They’re making brain food for astronauts to take into space, creating lightweight, flame-resistant gear for firefighters, and purifying water in Nigeria–and they’re all under the age of 18. For over decade, the Conrad Foundation has been fostering the best and young innovators and inventors. In the Conrad Spirit of Innovation Challenge, these young scholars compete for patent support and recognition.  Past finalists include Propel(x)’s own Ankesh Madan.

The woman behind Conrad Foundation is Nancy Conrad,  an educator passionate about nurturing young innovators and entrepreneurs who will design the future.  We recently spoke with Conrad about the goals of the Conrad Foundation, where angel investors fit in, and how she keeps her husband’s–Charles “Pete” Conrad–legacy alive.

The Thinkers of Tomorrow: How the Conrad Foundation is Nurturing the Next Generation of Innovators

Propel(x): Give us a brief overview of the Conrad Foundation.

NC: The Conrad Foundation hosts a global competition for teams of high school students. Each team is made up of 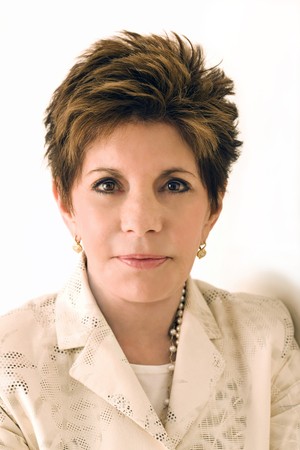 two to five students and they are invited to create commercially viable products in one of four categories: aerospace, energy, cyber, or health. The competition is a funnel style competition with  different stages. Each annual competition coincides with the school year so we launch in September, and then we select our semi-finalists. They are then invited to come to the Kennedy Space Center at the end of April to compete live, and it’s a blend of “Shark Tank” meets the Academy Awards for students.

Propel(x):  What is your mission?

NC: Our mission is to create an innovative workforce to sustain a knowledge-based economy.

Propel(x):  How do you feel you’re doing towards that goal?

NC: Well, I think all of our kids in Conrad Foundation go to university and they all persevere in either science or business. Some are young entrepreneurs. Some have created companies. Some have deployed products. Some have multiple patents. And some are taking their products to market.

At the end of the day our mission is to have kids understand, one, why am I learning all this stuff and two, how can it actually impact my future and the future of the world?

With these kids and the competition, there is no box. So we don’t say, “Make this and if you make it better you win.” We say, “Hey, here are the problems and you figure out your solution.” And it’s astounding to me what they come up with.

It’s really a tremendous opportunity for students, not only to learn innovation, entrepreneurship, and education in Conrad Foundation , but also to work with a global community of young innovators.

Propel(x): How did this project grow to the size it is today?

NC: It actually went global organically. We never did global outreach at all. This year there are 12 countries and 19 states participating with 296 males and 229 females. The competition is difficult and it gets harder every year because these kids get smarter every year.

Propel(x): It’s interesting that the students pick the sectors. Do you see trends the popularity of sectors changes?

NC: Yes. Some years, it’s all about health. This year, energy was the top category with health, cyber security, and aerospace not far behind. It’s really interesting  to see the differences from year to year.

Propel(x): What stage of the competition are you in now?

NC: We started a series of webinars right after the 1st of the year to improve their presentation and business skills. The webinars will give the kids the tools they need for entrepreneurship, including overviews on how to market their products and presentation skills.

Propel(x): So I’d love to hear about a few of your scholars and where they are now.

NC: One of our alumni teams is featured in the Smithsonian Air & Space Magazine.   http://www.airspacemag.com/as-next/made-nerds-nerds-180961856/ In 2010, we collaborated with NASA. Our students were challenged to create a food product that was suitable for use in microgravity and long duration space flights, but also had all the nutrition qualifications of NASA.  The winners of this competition were sisters from Battle Creek , Michigan.  Their product went to space aboard STS-134 with Commander Mark Kelly. They got to go to a shuttle launch, were featured on CNN and Fox News,  and they’re still working on the commercialization of that product.

Another team created a product that is called FireArmor. These kids found a way to create a new product for firefighters to wear that’s lightweight and flame resistant. We have a company working with them to commercialize. There is another product in the queue for commercialization, TremorX, a device that dimishes hand tremors.

Then, another product was developed in response to Fukushima. It was developed by  a team made-up of  five girls out of Tokyo, and they created a very small, low-cost portable heater. They are now in the patent process. The other two examples I gave are patented.

We have a team out of Florida that’s created a water purification system. I think it has two patents and is currently deployed in nine countries.  I love a story about this product. In Nigeria there is a birthing clinic where  babies were born,  and as they come out of the womb they were washed in dirty water. Because of these students and their water purification system, babies are now washed in clean water.

Propel(x): Now, the ecosystem you’ve built is really interesting. You’ve mentioned the judges and also the back-end experts. Talk to me a little bit about the support these students get during the challenge.

NC:  The folks that work with our students are more in the subject-matter expert field and offer subject-matter expertise–whether it’s how to present or it’s advice on some particular science that kids are working on. An interesting story: years ago, our kids actually designed a product  very similar to the Google Glass. These kids came up with this idea and it was to use laser technology in a new way when creating their glasses. And we actually got them hooked up with the CEO of a laser company to figure out their product’s idea. I think they won that year actually. So the subject-matter expertise is there. It is a great resource for our students.

Propel(x): And that actually takes me to the inspiration behind the Conrad Foundation. For those who are not aware of Pete Conrad, it would be so great to hear about his life and his legacy.

NC:  My husband was killed in a accident on July 8th of 1999. After, I co-wrote his book, which is entitled Rocketman.  I was compelled to find a way to tell Pete’s story to students because it is so profoundly motivating for kids.

Pete was a kid who had trouble reading and spelling back in the day. He was at a very prestigious school, and he wasn’t doing very well, and so they asked him to leave. This was at a time when no one had heard of dyslexia. They simply didn’t know what it was and they thought he was stupid, so they threw him out. His mom knew otherwise and found a very progressive school called Darrow School that took kids that others labeled as “problem children,” like Pete, and worked with the student to find the best learning path for them. The headmaster at that school saw something  special in Pete, and he took him under his wing. Because this educator believed in Pete, he excelled and was granted a scholarship to Princeton. He was also an NROTC scholar and that lead him into the United States Navy. The Navy is now one of our sponsors, and we work very closely with them. They are fantastic.

So Pete ends up at Princeton, with a Navy and Princeton scholarship. He becomes an aeronautical engineer for two reasons: one, he loved to fly, and two, when you think about it, you don’t have to  read or spell very much. His degree is aeronautical engineer. He then went on to  became a test pilot. And, of course, when Kennedy put out the word for a few good men to go to the Moon, Pete just saluted and said, “Hey, I don’t care where you fly. I just like to fly.” He  went on to fly  four flights in space and nailed the pinpoint landing on the moon on Apollo 12. He then commanded Skylab, which was our first space station. It was damaged at launch and that fell on Pete’s crew to repair the lab. For that, Pete was awarded a Congressional Space Medal of Honor. And then he went on to the aerospace industry and then in the early 90’s was at the helm of creating the platform for the commercialization of space. The framework that Branson, Musk, and Bezos are relying on today was in large part set by Pete Conrad.

I looked at Pete’s legacy and I thought, “You know, there is a kid, an educator takes him under his wing, the kid gets a moon shot. That’s what we’re going to do. We’re going to give kids a moon shot.” Of course, now I want to give them a Mars shot. And as I shared with you, I’m a teacher, so it made perfect sense. It was really a melding of both of our lives and a place where I felt I could make a difference in transformative, student-centric, competency and inquiry -based education, and really give these kids an opportunity to design their future.

I’m like these kids. I don’t know I can’t do things, so I just go do them. Some of the dreams I have for next year and the year after are things I’ve been dreaming about for four or five years. I’ll see if they happen. I’ll let you know. You’ll be the second one to know.

Propel(x): How might angel investors fit into all this?

NC: We are working on ways that angel investors can get involved. One of the projects in the works is to fund a new prize for the Conrad Awards. The prize would invite teams to create a company within 10 years of their winning entry and Angels would have the first right to invest in the team. Angels would choose teams to mentor or be part of the commercialization of the product.  Angels would invest a certain amount of dollars as investors and also act as coaches  and subject matter experts for the students where relevant.

Propel(x): So 20 years from now, the Conrad Foundation has touched every country, every state in America, if not every high school in the US. Your mission is alive and well. How will the world be better for it?

NC:  Just pick the sector. From healthcare, to cyber, to aerospace, to energy, these kids have come up with outstanding solutions to problems that are challenging the world. We are the birthplace of future unicorns. The world will be better because these kids had their passions ignited and are excited to learn. What a huge gift that is. And whatever they create, and whatever they do, the world is better for it.

We’ve got to leave a better country for our children, but we also need to leave better children for our country and our world.

Hyperlinks to third-party sites, or reproduction of third-party content, do not constitute an approval or endorsement by Propelx or NCPS of the linked or reproduced content.