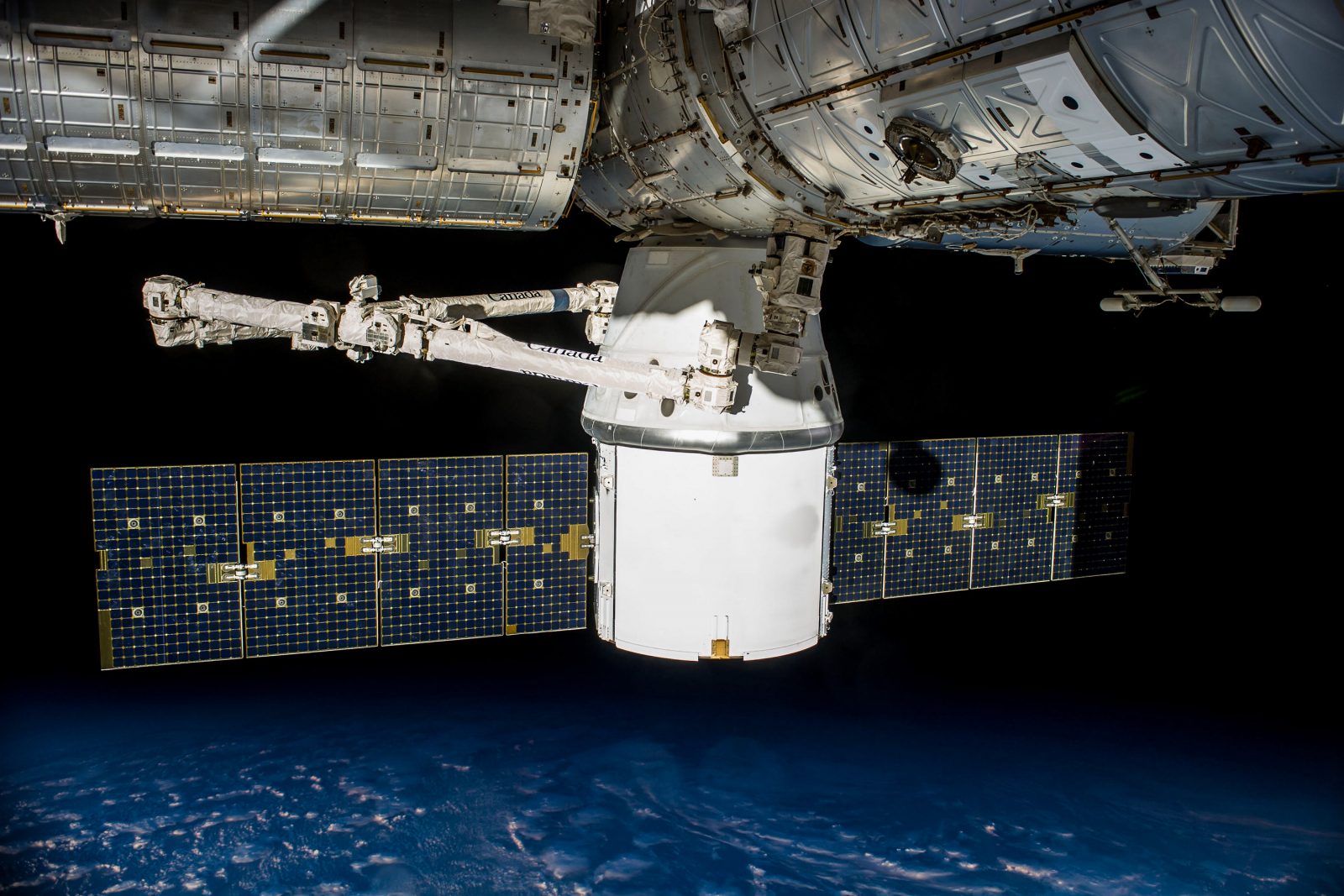 Positron Dynamics: An astronaut mistakenly left behind on Mars has to survive on his own on an inhospitable planet. Using his knowledge of physics, chemistry, and botany, Mark Watney is able to survive — and thrive. That’s the gripping plot of this season’s Hollywood blockbuster, The Martian, which has reignited the general public’s fascination and interest in space travel technology.

The space age portrayed in The Martian is not a stretch, thanks to the technological advances of companies like Positron Dynamics, a California-based startup that’s unlocking the power of antimatter to push space travel technology beyond the boundaries of our Solar System. In a recent conversation with Bala Ramamurthy, founder and president of Positron Inc., we spoke about the significance of Positron Dynamics’ approach, the future of space travel and the increasing role venture and angel investing will play in making space travel a reality.

Propel(x):  Tell me a little bit about Positron Dynamics and your role. 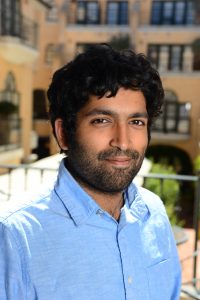 Bala Ramamurthy: Positron Dynamics is a company that I co-founded with Ryan Weed and Josh Machacek. Ryan and Josh are positron physicists, otherwise known as experts in antimatter, which is the most energy-dense form of matter in the universe. What we’re doing is trying to figure out how to harness that energy to solve problems like interstellar space travel. I have a background in spacecraft and rockets. And so we joined forces and decided to found this company that would fundamentally change how space travel technology works and expand the reach of humans beyond where it’s reasonably possible to go right now. 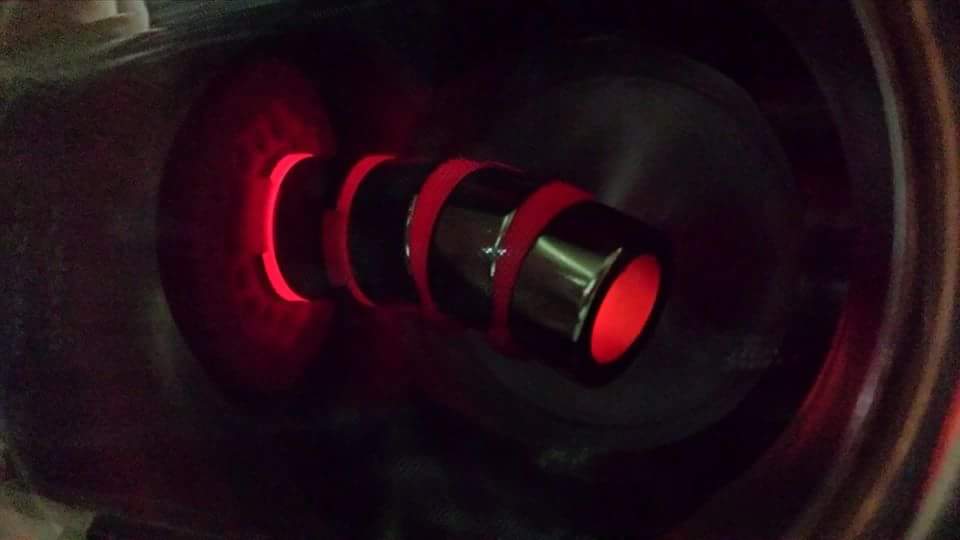 Propel(x): And how is Positron Dynamics making antimatter usable and accessing it for this alternate energy source that will take us out to space?

Bala Ramamurthy: In solving this problem, we decided to pick the more easily available form of antimatter: positrons. Essentially, there are two types of antimatter: the first are antiprotons, which are very hard to make, and second are anti-electrons, also known as positrons — hence the name of the company. Positrons are much easier to come by. In fact, they’re used in medical applications, and in materials engineering. The problem with positrons has been that it’s very inefficient to use positrons that come directly off of a radioactive source. You have to use much more radioactive material or a higher concentration of radioactivity to make something useful.

Our technology at Positron Inc. differs in that it allows us to be more efficient. What we are currently demonstrating  in our lab is the concept that allows us to control the antimatter (positrons) in a much more efficient way. I do think we’re going pass the current state of the art techniques by orders of magnitude. This year, we’ve gone through several iterations of optimizing the techniques used to control antimatter. And so we’ve arrived at a solution that is easily manufacturable using standard semiconductor fabrication techniques which allows the possibility of producing a large number of these devices.

Propel(x): Help us understand why this is a leap vis-a-vis current thinking or the state of the art.

Bala Ramamurthy:  Positrons have the unique property that when they meet an electron, they annihilate and basically convert their mass into energy in the form of gamma rays. The big struggle in antimatter physics over the last 50 years has been, how do you go from that process to an energy or propulsion application? Ideas have included trying to directly use the gamma rays that come out of the annihilation. And others have advocated producing a lot of antimatter and storing it — which comes with many technical difficulties.

We took a different tack and asked, what if you don’t have to store antimatter? What if you could make antimatter more efficiently, and use it as you make it? We are in the process of working on some key demonstrations that will show how to go from raw antimatter to useful work like propelling a spacecraft.

Propel(x):  One can imagine many applications for this, but as a company you’ve decided that  propelling a spacecraft is the first?

Bala Ramamurthy: Yes. The spacecraft industry is at a key inflection point. It’s a growing market – especially with the increase in the launching of satellites. As satellites are becoming smaller and smaller, the problem is that the devices that are used to propel these spacecraft around in space have not scaled down in the same way. Antimatter is a solution to this because it has an energy equivalent a million, million times that of a lithium-ion battery. 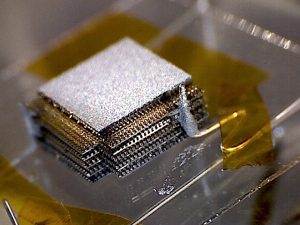 If we’re able to tap into the massive energy density of positrons, we would be able to do any application much more mass-efficiently. This powerful type of energy source will fundamentally change the way we think about how we access distant planets or asteroids or exoplanets. It will be an enabling technology beyond solving immediate problems facing the spacecraft industry, like constellations of satellites for example. The really exciting part is that it will open up access to places that are impossible to get to right now.

Beyond that, just the fact that we’re producing a lot more positrons has tremendous applications in materials, engineering, and medical imaging. But for the near term, we think demonstrating that we can go from antimatter to energy that can be used in space will have the biggest impact.

Propel(x):  I understand that you recently raised a round of funding. Can you walk me through your funding process?

Bala Ramamurthy: The first funding we got was from Breakout Labs, which is Peter Thiel’s initiative focused on funding hard science startups. This pitch was pretty much a technical argument. That was a fun pitch.

Now we are speaking to a broader audience of investors and they tend to fall into two categories – people who get the magnitude of the problem we’re trying to solve and understand the science and those who don’t. It’s understandable. The science is dense and took us years to learn.

We’ve been lucky in that we’ve had a few visionary investors who see that if this all works out, it can completely revolutionize our target industry. Included in this group are Tim Draper, who’s one of our big investors at the moment, Adam Pisoni, co-founder and CTO of Yammer, Mark & Anna Danchak at KD Ventures, Ravi Belani at Alchemist Accelerator and of course the Thiel Foundation’s Breakout Labs. It helps that some of these people had some familiarity with the general space. It also helps that in the last few months, we’ve made a bunch of progress on our product, it’s an industry that’s been in the news a lot, and that’s helped people recognize the value more and know more about what we’re trying to do.

Bala Ramamurthy: We at Positron Inc. were introduced to Propel(x) through Lindy Fishburne and Hemai Parthasarathy of Breakout Labs, our first investor. We had been on AngelList but we hadn’t really actively pursued any funding through it. When we heard about Propel(x), it just seemed cool that there was something similar to AngelList but was specifically focused on deep technology companies. That was attractive to us, and that’s why we signed onto the platform.

Propel(x): Did you find that the due diligence process helped your fundraising in any way?

Bala Ramamurthy: There are certainly fundamental questions that people ask when they first hear about the concept and it was good to consolidate all of the questions and have the answers available in an easy to access FAQ format.  Many want to know a little bit about antimatter and general space. Once we addressed those questions, I think people got it. Some of the comments are based on assumptions about how the technology works but those were usually clarified with some explanation, so the diligence was good.

Propel(x): For a fellow deep technology startup founder, what tips do you have generally on fundraising?

Bala Ramamurthy: Have patience. You’ve got to show what is the true impact of developing the technology.  As we better articulated that, our success at raising funds improved. The amount of technical progress you make is not always fully correlated with whether someone decides to give you funding or not. It also seems to be very much about the strength of the team. And definitely, pitching with the entire team has been helpful. I think it’s good to represent the whole founding team and all aspects of the business.

Propel(x):  What’s the next big technical milestone for Positron Dynamics?

Bala Ramamurthy: We’ve successfully demonstrated how we’re harnessing the antimatter, which was an important milestone. The next step for Positron Dynamics is showing how to use antimatter and convert it into usable energy. That’s the next big milestone, which we hope to hit in the next six to eight months.

Propel(x):  Have you received any government or academic grants to fund your work?

Bala Ramamurthy: All of the investment we have received to date has been from the venture capital and angel community. It’s interesting how that has changed. If it were the ‘60s or ‘70s we would have worked with an entity like NASA or Bell Labs. But today the projects that large agencies fund are things that have already been de-risked significantly- they are better viewed as customers. Now that we’ve matured our technology a bit, more of these larger agencies are coming around to discuss future relationships.

I think that to do something truly game-changing, you need to take on more risk and do challenging experiments. Venture capital is now filling in that gap and funding companies like ours.

Propel(x): It’s 20 years down the road, and Positron Dynamics is a huge success. Your technology’s proven and in use. How does the world look thanks to that?

Bala Ramamurthy:  We will have put antimatter to work for the greater good of humanity in areas ranging from medicine to the next generation of materials. And there will be a spacecraft flying on its way to an exoplanet, a planet that’s outside our solar system!

Positron Dynamics is currently fundraising on Propel(x). If you are an accredited investor and are interested in learning more, please visit Positron Dynamics’ company page.