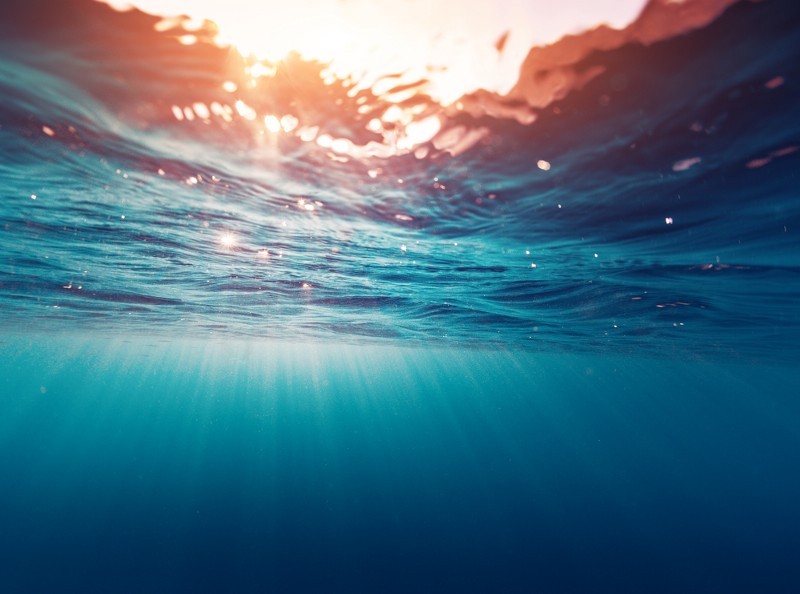 Thermal Recharging Technology: On June 1, 2009, Air France Flight 447 — bound from Rio de Janeiro to Paris with 228 people aboard — plummeted mysteriously into the Atlantic Ocean, coming to rest some 2.5 miles below the surface, off the Northeast Coast of Brazil. The cause of, and circumstances surrounding the crash essentially remained a mystery until nearly two years later, when autonomous underwater vehicles (AUVs) finally discovered the wreckage, including the voice and data-containing black boxes.

Thermal Recharging Technology: Finding the remains of the A-300 aircraft at all might be considered miraculous, considering it crashed into some of the most rugged undersea terrain on the planet. But had those robotic sleuths that eventually discovered it been able to “re-charge” using the ocean’s own power, it could have enabled considerably longer, continuous searches — and perhaps a quicker resolution of the questions surrounding the tragedy.

Such technology was little more than a gleam in the eye of energy researchers in 2009. But today, “Thermal Recharging Technology” is on the cusp of revolutionizing the way energy is harnessed and used.

Thermal Recharging Technology Seatrec is one of the companies pioneering thermal recharging. It offers a one-of-a-kind solution to generate electricity from temperature differences in the environment that has numerous applications, the first of which will be in the oceans.

“The ocean is a mysterious place,” says Yi Chao, Ph.D. and CEO of Thermal Recharging Technology Seatrec, Inc. in Monrovia Ca. “Today, we have very limited information about our ocean on Earth. We know so little about the ocean because it is difficult to get into the ocean and stay there for a long time.”

Thermal Recharging Technology Seatrec is among those exploring novel ways to extend the continuous operational capacity of ocean platforms and unmanned vehicles. Such devices require a source of electrical power for propulsion, navigation, data collection and communications. Typically, this power is supplied by lithium batteries, which are not only limited in their life, but also toxic and potentially hazardous. Several tons of such batteries are discarded at sea each year, he notes.

Dr. Chao and his colleagues are engineering a Thermal Re-charging (TREC) Battery that extracts energy from temperature differences in the environment and converts it to stored electrical energy. TheThermal Recharging Technology, which has been tested in the lab and in an 18-month sea trial, utilizes temperature changes at different depths to “melt” waxy, phase-change materials (PCMs). The expansion of the substance as it changes from solid to liquid results in high pressure that is used to drive an electric generator.

The resulting power is stored in batteries or supercapacitors. While the power from a single phase change may be minimal, the fact that the process can be repeated indefinitely is what proponents say promises dramatic increases in energy to power undersea technology.

A 10-degree C temperature rise in the ocean (undersea temperatures generally can range from about 5 degrees C at a depth of 500 meters or below to about 15 degrees C or more at the surface) is all that is needed to harvest energy for the battery. Such a temperature difference is “night and day” in terms of generating power for undersea vehicles, says Dr. Chao, who began developing the technology during his 20 years as an ocean scientist at NASA’s Jet Propulsion Laboratory (JPL), and Caltech. The technology, which was patented by Caltech, is now exclusively licensed to Seatrec.

Test results off Hawaii, he reports, have demonstrated at least a 10-fold increase in the number of dives, or underwater profiles, a vehicle is able to conduct — from about 200 profiles using conventional batteries to 2,000 or more with thermal recharging technology. More tests are planned for later this year off the coast of California.

The work has implications for myriad questions that are vital to understanding the planet itself. There are thousands of platforms, floats and vehicles constantly gathering and analyzing data from the oceans and the life it harbors. Such research is needed because the ocean is the engine that powers the earth’s climate and is critical in balancing our delicate ecosystems.

How the ocean is changing can have significant consequences for society.

Scientists from Rutgers University and the University of Delaware wrote in American Scientist in 2013 that “these shifts reflect both natural cycles and, increasingly, human activity, on a local and global scale.”

Already, world-wide changes have been observed in temperature, salinity, sea-level height, oxygen, pH, nutrients, and fishing out of top predators. “The effects of ocean changes,” they said, “include alterations in circulation, increased introduction of nutrients and pollutants to the sea, the global transport of invasive species and altered food web dynamics due to the overexploitation of commercially valuable fish species.”[i]

Dr. Chao, who says he plans to take his Thermal Recharging Technology Seatrec to the marketplace shortly, envisions a future that might make Jules Verne take notice. Using the sea’s natural temperature gradients to produce and store energy, he says, could lead to global networks of undersea charging stations, where research vehicles can recharge periodically and continue on their missions without being recovered by ships. Lithium batteries currently limit the data collection every 10 days in order to conserve power for a multi-year mission, he says. Thermal Recharging Technology can reduce this sampling interval to six hours, facilitating a much greater frequency of continuous profiles and dives. With such enhanced data collection, he says, “we will be able to predict ocean conditions much like we predict the weather now.

“Eventually, the technology will also be applied to provide off-grid power to remote areas on land and even on ice,” he says.

Leading investors have joined the Thermal Recharging Technology Seatrec cause, citing the uniqueness of the solution and the large market opportunity. In addition to government sponsors from NASA and DoD/Navy, Seatrec has attracted notable investors, including Breakout Labs and Schmidt Marine Technology Partners and is currently fundraising on Propel(x).

“Thermal Recharging Technology Seatrec embodies the kinds of companies we look for at Breakout Labs,” said Hemai Parthasarathy, Breakout Labs’ Scientific Director. “It combines a powerful platform Thermal Recharging Technology based on a unique scientific advance with a team of savvy scientist-entrepreneurs pursuing a bold vision for its application.”

The field has come a long way since oceanography icon Henry Stommel of the Woods Hole Oceanographic Institution first proposed robots powered by energy from the sea some 30 years ago, Dr. Chao says. Bringing Stommel’s vision to reality, he adds, is “my goal and my passion.”

Joel Greenberg has been a science writer and editor for more than four decades. He was Science and Medicine Editor of The Los Angeles Times, Editor-In-Chief of Science News Magazine, and was a science writer at The New York Times and The Miami Herald Herald. After leaving The Los Angeles Times, he was a writer and media relations representative at the Woods Hole Oceanographic Institution and was Managing Editor of The Vineyard Gazette, on Martha’s Vineyard, Mass.