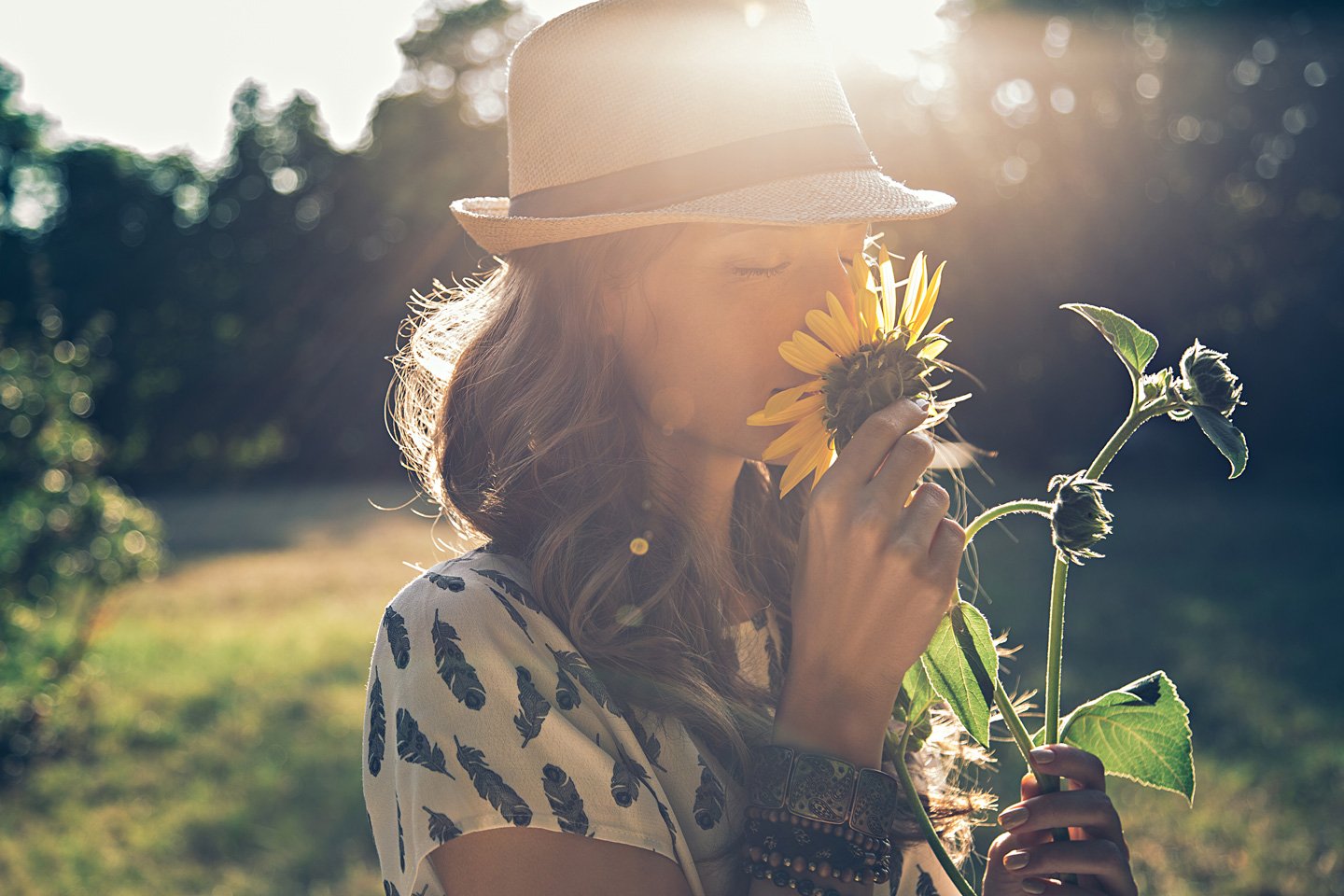 Exclusive Chat with Dr. Avery Gilbert: In our latest feature expert interview series, we sat down with Dr. Avery Gilbert, a distinguished olfactory scientist, industry veteran, and President of Synesthetics, Inc. He shared with us what exciting breakthroughs and applications lie ahead in the world of smell technology.

Propel(x):  You’ve had a long career in both basic and applied research on the human sense of smell. How did you break into the field and what are some of your fondest memories? 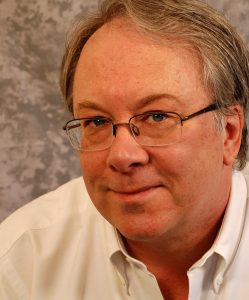 Dr. Avery Gilbert: My interest was animal behavior, and a lot of that involves smell. My postdoc with the Monell Chemical Senses Center was focused on mice and selective mating based on smell technology. Mice prefer to mate with mice that smell different because they have slightly different immune system genes. I decided to see if people could make the same smell discriminations as these mice could. And it turns out people are able to do it too.

One of the coolest things I’ve ever done kind of fell into my lap.  I was working alongside Charles Wysocki at Monell. National Geographic wanted to do a smell issue and this was at a time when they were doing crazy stuff, like putting a 3-D hologram of an Australopithecus skull on the front cover of the magazine. They wanted to do something with scratch and sniff, but they wanted it to be scientific. So we ended up designing the biggest scratch and sniff experiment in the history of the world, and I authored a number of scientific papers out of that.

Propel(x): Smell obviously has wide applications, what are primary area(s) you focus on?

Dr. Avery Gilbert: My focus is always on what’s called the psychology and neuropsychology of odor perception in people. My emphasis is on behavior. For example, when a woman comes to the perfume counter: Does she sample one? Does she sample many? Would she put it on her wrist, on her neck? And does she purchase immediately? Or does she sample and come back to buy?  What it really comes down to is: how do people actually react? It’s now called “user experience.”

I’m also interested in odor dispersion technology. Odor generators, which used to be big, bulky things, have gotten smaller and more sophisticated. Now there is an established group of vendors and technologies that can do anything from small presentations at a fragrance counter all the way up to retail spaces and concert halls.

Scent marketing is of great interest to me because it involves behavior.  For example,  how do you get people to stay in a store, find a store to be more attractive, or give the merchandise stronger appeal by putting something in the air.  Distilling that down to a science is the kind of stuff I like doing.

Propel(x): You’ve worked with some mega brands as well as startups. In particular, what drew you to the startup world?

Dr. Avery Gilbert: I’ve always been comfortable with startup-style risks, even in science. For example, every single cell layer in the retina had 50+ Ph.D. dissertations written about it. So it’s crowded and not a lot of room to innovate. I’d rather go for the open territories to find something new. This fits in well with the startup mentality.  Often, it’s like “Hey, you get the scenery, I’ll bring some costumes and we’ll have a play.” I like getting to failure quickly–plant the flag and see if it works.

I was talking with Linda Buck (2004 Nobel Prize winner in Physiology or Medicine, along with Richard Axel, for their work on olfactory receptors) within months of her paper coming out. Finally, I thought there could be a way to make a commercial application out of the genetics of odor perception. This is where Aromyx came in, I’ve been working with them as you know.

Propel(x): What are some of the biggest mistakes that you see young entrepreneurs making and what advice might you give them?

Dr. Avery Gilbert: I think sometimes they fail to do homework in terms of what’s been done before and how they can learn from the past. I know that sounds kind of contradictory, but I’ve been in this business long enough to have seen cycles. Somebody will say, “Oh I’ve got this great idea for blah blah,” but how is this different from Smith’s blah blah idea back in ’85? And they’ve never heard of it.

So they miss out on important opportunities to ask things like: Why did that previous company fail? What’s different now? Maybe the market wasn’t there before, and maybe it is there now. Maybe you have the same device but the market has changed and there’s another way to do it. These are all things that entrepreneurs have to consider.

Propel(x): You’ve participated in evaluating Aromyx on our site. Can you just tell us a little bit about your experiences as an evaluator on Propel(x)?

Dr. Avery Gilbert: I like the idea of consolidating various points of view in one place and making them accessible to investors. Because I’ve been down the road and seen the wreckage by the roadside, I know when a company is likely to be on the right track and when it’s falling into a ditch that’s been running alongside that road all the time. So, I’m really happy to help out with that.

Propel(x): What do you see as the exciting innovations that are taking place in olfactory science right now?

Dr. Avery Gilbert: I like Aromyx because it’s finally allowing people to read data from the actual biological receptors. People have always used random physical sensors but there was no rationale for the signal that you were getting back. An e-nose might be able to differentiate between a couple of smells that are important to you, but it couldn’t tell you why.  Now when the sensors are the same biological receptors that are in the human nose, you’re much closer to biological reality and application.

I think with AR / VR there are many readily adaptable technologies and applications of smell technology just waiting to happen. I don’t think everybody’s going to want to plug into a huge helmet and sit in front of a screen in their home for three hours and smell. But if you can move around with it, do other things with it, have a goal, that can be a very powerful motivator. So I think that’s just waiting for the right spark and the right combustible ideas to happen.

In terms of the fragrance world, we’re in the final days of celebrity fragrances. Those are coming to an end; it’s like the end of the age of hobbits, dragons. It’s over.  The huge world mega-brands of fragrance are going to have to grab onto innovation.  Sensory innovation is coming from independent perfumers, who leave the big corporations and set up on their own.

Propel(x): Speaking of innovation, what do you think about this startup that sends t-shirts someone has worn to their potential dates as a way to assess “chemistry”?

Dr. Avery Gilbert: It’s nothing crazy, it’s really not. First of all, t-shirts are a standard way that scientists collect BO, and armpit BO is the main way we judge other people, for good or bad.  After the National Geographic survey, we got hundreds of letters to the editor, the most they’ve had. A lot of them were from woman talking about their boyfriend or husband’s BO and how it attracted them. So my hunch is that when women check out a new guy, if he just doesn’t smell right to them at that first early meeting that’s it, doesn’t matter how smart, how attractive, well paid he is.

Some people in Sweden just did an underarm BO transplant with twins – they sterilized the “stinky” twin’s armpit and then planted microbes from his [nicer smelling] brother. And now he starts smelling nicer like his brother. It sounds crazy but it’s just another example of the wild opportunities in smell technology. A simple move like that and you can intervene at the molecular level.

People now can do fast genotyping of the ecosystem of bacteria in your armpit. It used to take weeks, you had to culture it– now it’s like hours, so you can get a much better read on which bugs are in the armpit or how they smell. The most common one isn’t always the worst smelling. There are racial and sexual differences, which are amazing. So look for more innovation there, new products, new ways of intervening with BO.  Big companies, the P&Gs, the Unilever’s are already working on this.